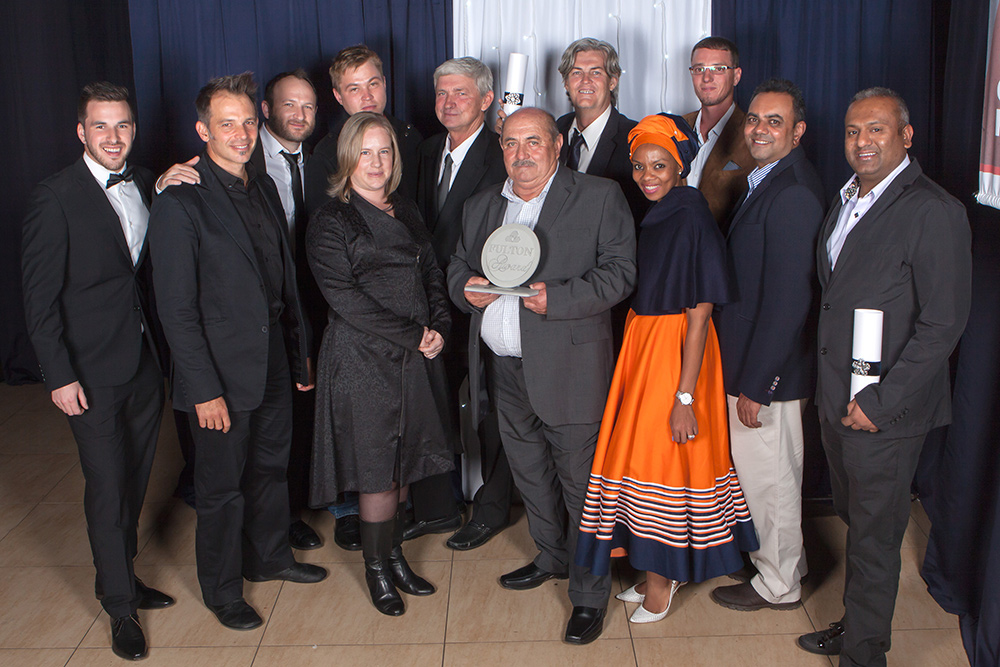 This year’s prestigious Fulton Awards have again showcased the extent of concrete expertise and capability enshrined within the Murray & Dickson Construction Group, a leading and black-owned contracting company.

This proficiency played a prominent role in the highly successful outcome of the extensive and complex concrete works associated with the Sol Plaatje University Library construction project, the overall winner in the “Category for buildings of more than three storeys”.

The expert panel of adjudicators described the project as “bold and original, pushing the boundaries of architectural and engineering design”, while relying on “very high expectations from concrete to perform both as a structural and aesthetic material”.

Murray & Dickson Construction Group’s building division has been closely associated with the Sol Plaatje University since 2014, when it was awarded its first contract by the institution of higher learning in Kimberley, Northern Cape.

Its stellar work on this aspect of the rapidly expanding precinct led to its appointment as the main contractor on the library build, which commenced in 2015.

Here, the building division continued working alongside Aecom, the principal agent. It was joined by Lafarge and Unispan, specialist suppliers, as well as OIK, a Kimberley-based emerging contractor that was trained in steel fixing and shuttering by Murray & Dickson Construction Group in line with its own Khula Nathi policy. Khula Nathi is Zulu for “Grow with Us”, and this policy was also applied in the extensive training of the Kimberley locals working on the contract.

The library is not only a central feature of the rapidly expanding Sol Plaatje University development, but also currently the most sophisticated building in the larger Kimberley central-business district.

Located on the main pedestrian spine of the campus, the structure is immediately noticeable by the refined and consistent silky off-steel finish of the concrete façade. The latter is an impressive “wall-and-roof” concrete shell that is functionally, structurally and technically independent of the “building” housed within.

This structural engineering feat called for the construction of a three-dimensional envelope that allows a 2,7 metre (m)-wide perimeter void between the external envelope and the floor plates. The void acts as a thermal duvet between the non-insulated external shell and its habitable building, and in which all vertical movement and services are located.

The walls were slid while supported off the ground on very slender columns, facilitating a ground level that is transparent and that can be used as a public space. Meanwhile, infill panels in the shell manage shrinkage stresses.

“We are acknowledged as an expert in the field of off-shutter concrete finishes. This is a reputation we have earned as a result of our very long association with the University of Witwatersrand, among other highly successful related builds. Certainly, this was one of the other reasons why the University of Sol Plaatje entrusted us with what was intended to be the showpiece of the entire precinct,” says the group’s building construction director.

Samuel and his team provided valuable insight right from the very early design phases, again bringing to the fore the uniqueness of a NEC 3 Target Cost Contract that was awarded to the Murray & Dickson Construction Group on open tender. He attributes many of the division’s successes to this form of contract that transfers more responsibility to the contractor.

Not only did the contracting team transfer essential knowledge on optimal shuttering and staging technology, sequencing and concrete lifts, but also paid meticulous attention to consistent colour variation, programme optimisation and costs that were aligned to the budget. Working closely with the energy consultant, the professional team also took into consideration climate and light-harvesting objectives, bringing a strong sustainable engineering aspect to the overall build.

Samuel concludes that he is proud of Murray & Dickson Construction’s association with yet another successful building contract that has also received due recognition from a biennial event that is widely acknowledged by South African built environment professionals as the foremost platform for recognising excellence in the design and use of concrete!

Click here to read CSSA’s article on the winning project