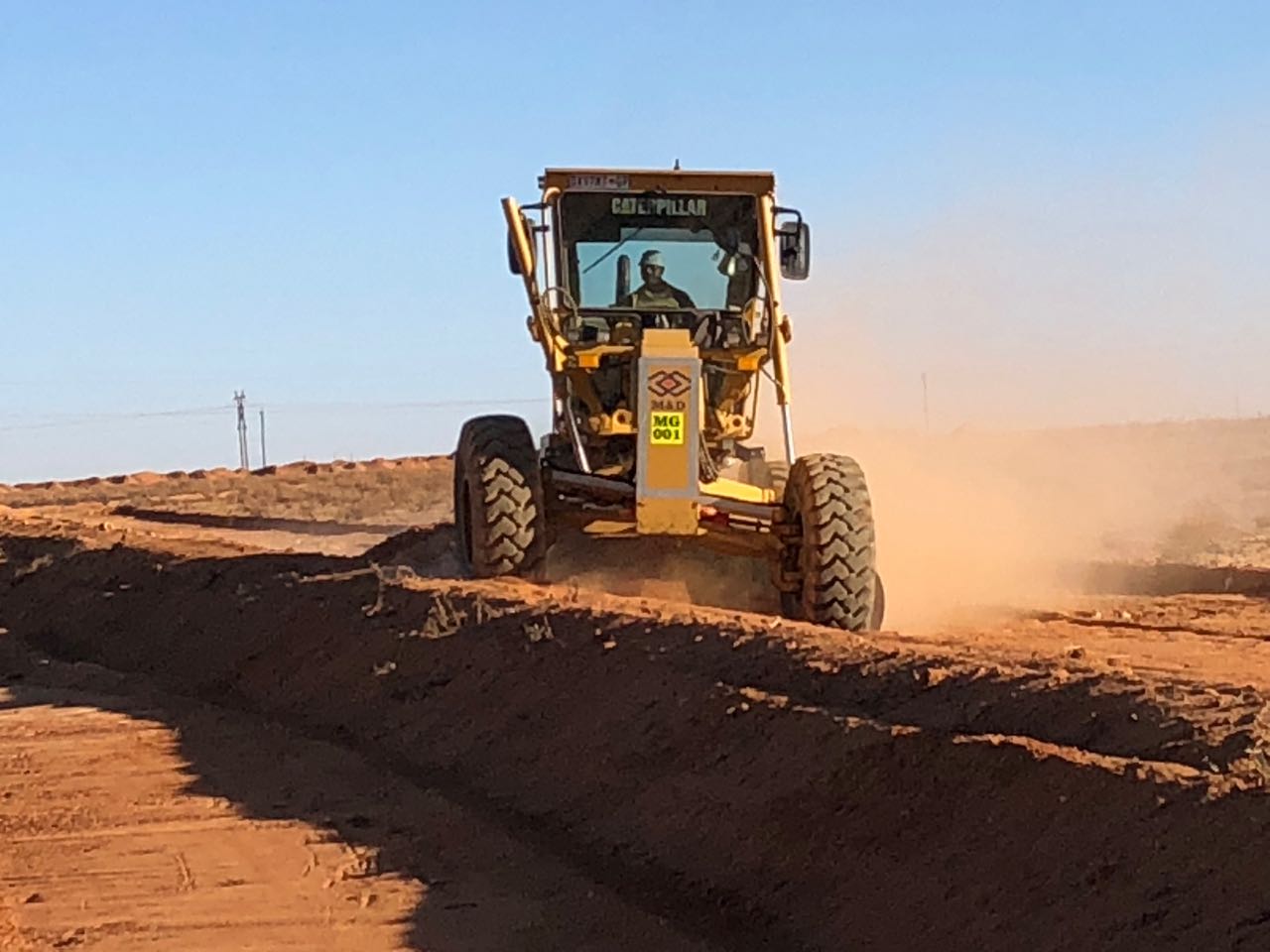 M&D Construction Group’s Roads and Earthworks division is off to a solid start on an access roads construction contract for Black Mountain Mining’s (BMM) Gamsberg zinc project in the Northern Cape.

The Gamsberg mine site is located about 30 km outside BMM’s base in Aggeneys, and is exploiting one of the largest known zinc ore bodies in the world that was discovered about 40 years ago.

The project is on track for completion in September 2018, and more than 100 people will be employed on the project when it peaks.

“After compliance with the Mines Health and Safety Act requirements, our team has commenced work on a project that is expected to open up more future opportunities for the roads and earthworks division. Certainly, the entire team is looking forward to the completion of yet another successful road project,” Chris Porter, head of M&D Roads and Earthworks, says.

M&D’s Civil Engineering Division is also executing a second contract for ELB Engineering Services at the same mine, and the scope of work includes various surface civil infrastructure structures.

“Recovery in commodity prices bode well for the entire industry, while Cyril Ramaphosa, president of South Africa, has committed to improving policies that previously hampered growth in this sector in his inaugural State of the Nations address. We are looking forward to playing our part in the revival of this important sector of the South African economy,” Raghubir concludes.